Back at Weisswasser after 7 years - here is our report!


After a very long period of having no gigs – special thanks to corona virus – we finally had the chance to step on stage again and perform in front of a live audience. We were and still are glad and honored that it was the Broilereck in Weißwasser that brought us back into the game. We feel deeply connected with the bar and his owner, Robert. He has hosted a lot of concert events with great bands since he took responsibility for the bar, and back in the days in 2015, when no one really knew about us, he invited us to rock his club stage. And so we did. Now, 7 years later, in the light of the Broileck’s 12 year anniversary, he again asked us to set his stage on fire to celebrate with him, and of course we hit the road to comply with his appreciative invitation. We felt very pleased that he remembered us, because we sure did too! Back in 2015, after we finished our sweat-inducing set, we had spent hours and hours with Robert gibbering about life and all its follies and controversies at the bar and obviously, none of us had forgotten. Fortunately. 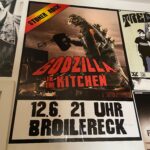 For us as a band, however, things have changed since then - we have grown, not that much physically but mentally and we‘ve gained a lot of experience musically. The amount of equipment we use tripled – or even quadrupled. Of course we had to play the beloved gear tetris first to stow everything properly and wow, it truly worked out (thanks to Eric’s new car)! To capture our emotions after we finished puzzling all the cases and bags into the car, we were caught on an ancient Polaroid camera – how fancy! 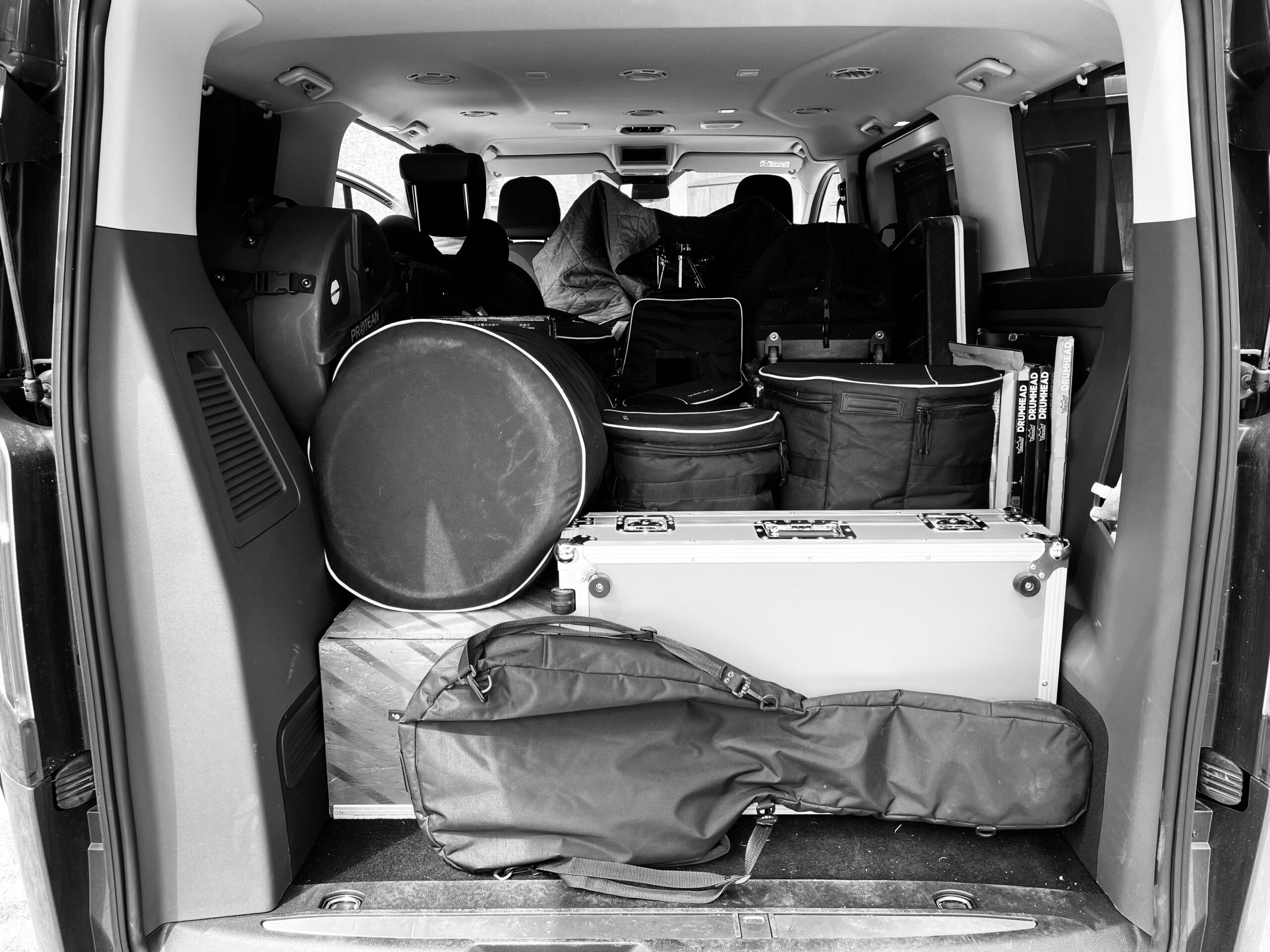 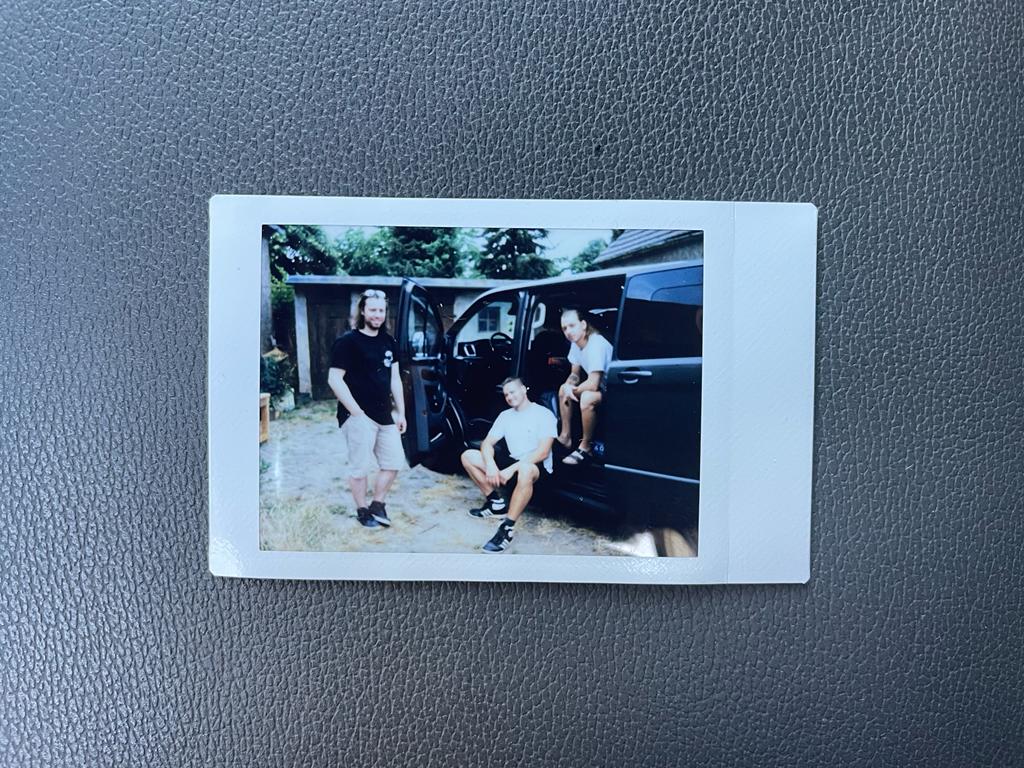 Then it was finally time for depart on our 3 hours journey to Weißwasser. When we arrived we were given a warm welcome by the opening band Lobo and the sound engineer and Robert already provided us with a first beer – still 4 hours left until the gig, but it’s summer and we needed to take care of our fluid balance. Beer also contains water!
Around 11.30 pm it was time for us to get on stage and after a short sound check we started our first of two sets as follows: Propagation of Violence, Broken Dance, Dr. Moth, Elis Speech, Up The River, The Turn and The Universe Is Yours. After that, we urgently needed a break from sweating and performing (the temperature on stage was about 40 to 50 °C) and of course the audience lusted for new beers, so did we. After 10 minutes we continued with the most exciting part for us as a band: playing our new unreleased songs in the album order without any interruption. We finished our second set with encores from our debut album Stick To Your Daily Routine, Provoking As Teenage Sex and The Fridge (sure thing we play three songs with a total of around 20 min extra as encore). After that, everyone, including us, was done. About 2 am we finished with the second set and could finally have a few conversations with crew and fans and of course a few more beers. 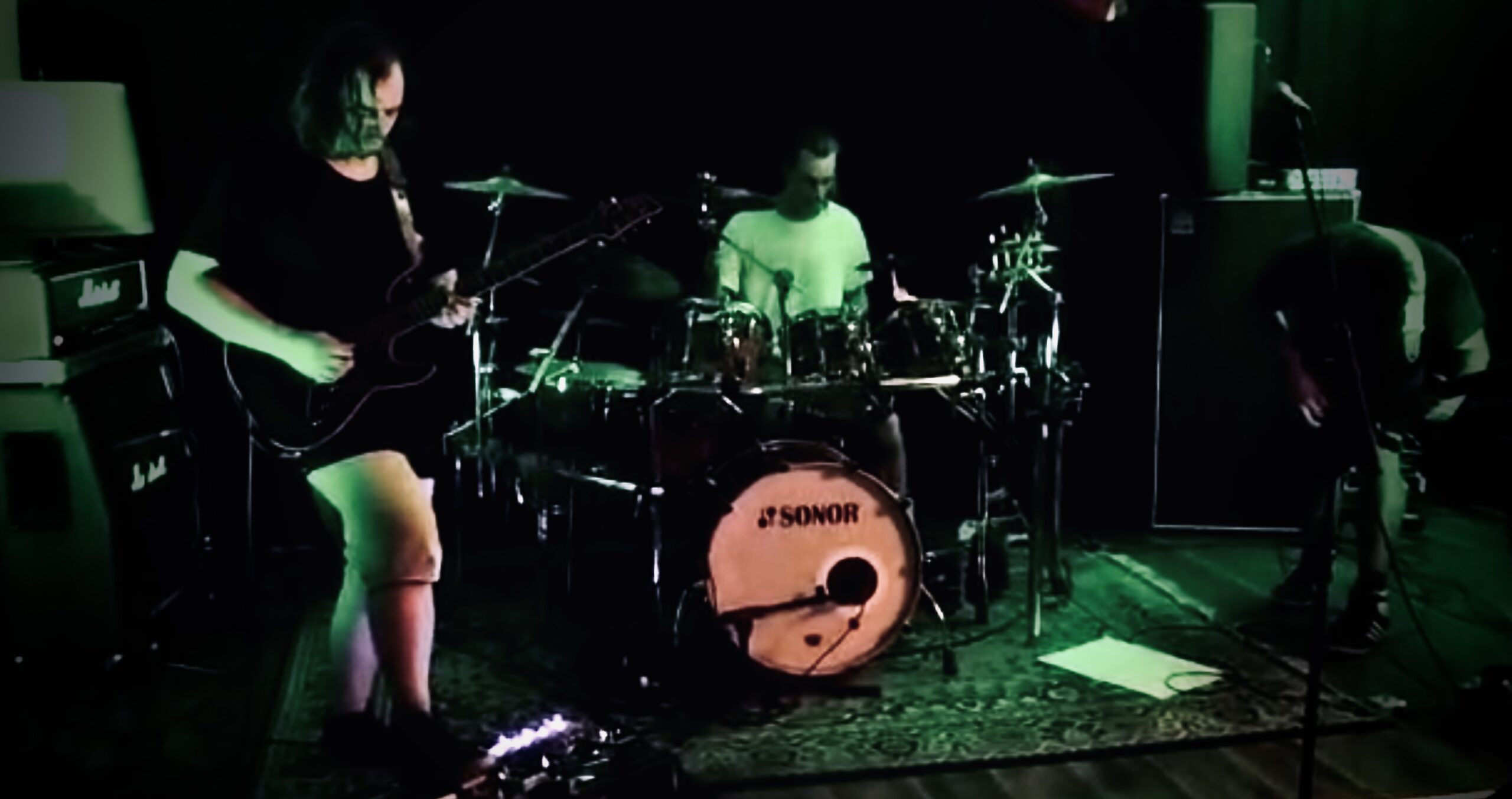 We were really happy to find visitors in the audience that came to see us because they remembered us from our 2015 show. We were also able to sell several more albums in CD and Vinyl format, which is awesome. After everyone left (most by choice, some by force) we were up until 5 am,  had some awesome conversations and were provided more beers and some good old ragout fin. Overall we felt very welcome and comfortable in the Broilereck. 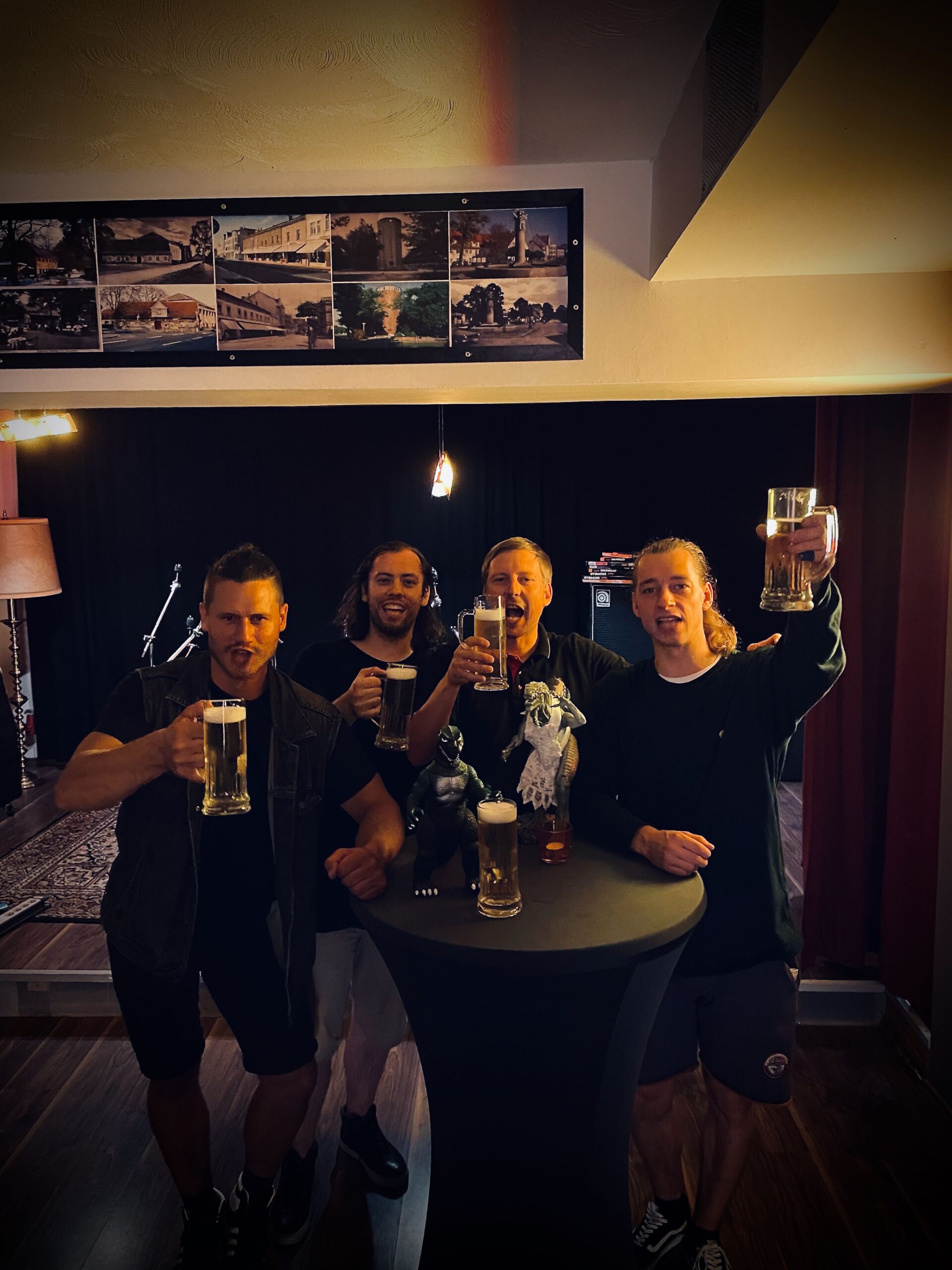 Being the great host he is, Robert took us on his cultural experience tour the next day after extensive breakfast and we managed to enjoy local beauty of the landscape around Weißwasser. What a great guy! See you next time - it was magnificent! 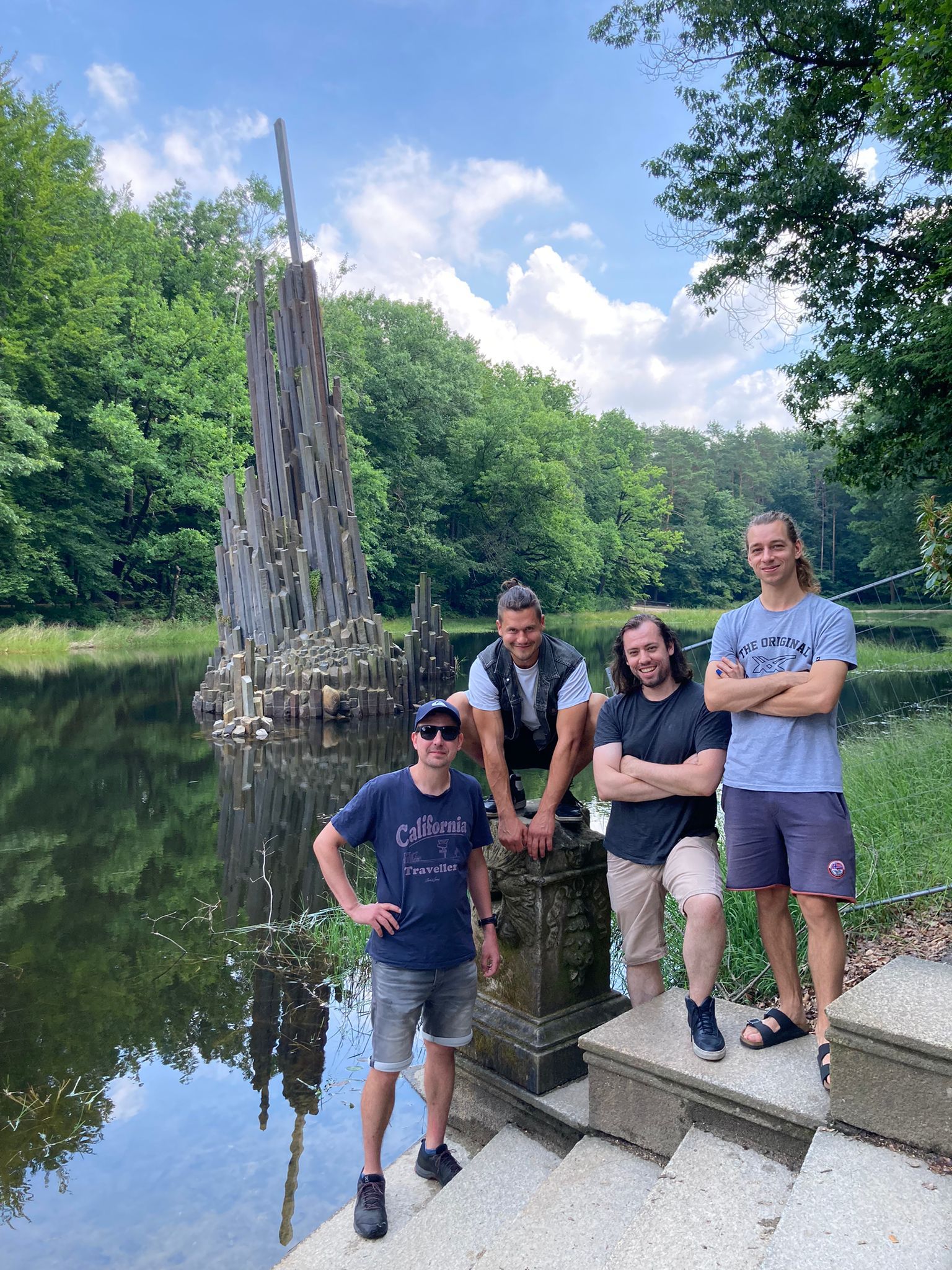 EXODUS has seen the light of the day!